At Prince of Wales, the computing curriculum does not stand alone. We look to integrate computing and useful technology resources into learning wherever possible, allowing us to raise pupil engagement and deepen understanding.

Computing and the national curriculum

Staff members at Prince of Wales frequently utilize researched, data driven resources from the National Centre for Computing Education (NCEE), which allows our learners to making meaningful progress. Through tailoring our lessons to meet the needs of our pupils, Prince of Wales strives to make confident and safe users of technology,  linking and developing skills in line with real world scenarios.

The national curriculum for computing has three main areas of focus:

Our delivery of the computing curriculum from year 1 to year 6 allows for clear progression throughout our pupils’ primary school career, developing the skills and the understanding of key programs that will aid them in further education and beyond.

Every classroom has an Interactive Whiteboard and a Visualiser which are used as an integral part of lessons.  In addition, there are at least 2 additional computers in each class

There is a Computer Suite which each class is timetabled to use every week and a set of ipads is available for children to use in the classroom.  Other resources include cameras, programmable toys and recordable microphones.  Scratch, alongside NCEE coding units are used to support the teaching of algorithms and programming.

The school subscribes to several online resources, including Mathletics, spag.com, IDL, Accelerated Reader and Purple Mash to support the children’s learning both in school and at home.

We communicate with parents and the wider community through the weekly newsletter, use of the school website, texting and e-mail.

What we are learning:

The Spring term saw the introduction of new ways of coding/programming and sequencing algorithms for many of our learners, allowing them to grasp an understanding of the importance order, clarity and simplicity when writing instructions for sprites. Some of our pupils began to delve into the world of digital photography, learning about the importance of technical aspects such as positioning and framing

Robert Doyle Bullard (born December 21, 1946) is an American academic who is the former Dean of the Barbara Jordan- Mickey Leland School of Public affairs (October 2011 – August 2016) and currently Distinguished Professor at Texas Southern University. Previously Ware Professor of Sociology and Director of the Environmental Justice Resource Centre at Clark Atlanta University Bullard is known as the “father of environmental justice”. He has been a leading campaigner against environmental racism, as well as the foremost scholar of the problem, and of the Environmental Justice Movement which sprung up in the United States in the 1980s

Amali de Alwisis is the CEO of Code First: Girls, a multi-award winning social enterprise that works to increase the number of women in tech and entrepreneurship. Over the past 4 years, they’ve provided £3 million+ of free tech education, and are the largest provider of free in-person coding courses for women in the UK

Dr Anne-Marie Imafidon is a prodigy in every sense of the word. Aged 11, she was the youngest girl ever to pass A-level computing, and was just 20 years old when she received her Master’s Degree in Mathematics and Computer Science from the University of Oxford. She has worked at Goldman Sachs, Hewlett-Packard and Deutsche Bank.

She co-found the STEMettes, an award-winning social initiative dedicated to inspiring and promoting the next generation of young women in the STEM sectors. Since its inception 5 years ago, it has exposed more than 38,500 young people across Europe to Anne-Marie’s vision for a more diverse and balanced science and tech community.

Sir Timothy John Berners-Lee (born 8 June 1955), is an English computer scientist best known as the inventor of the World Wide Web. The eldest of four children, Berners- Lee was born in London to computer scientist parents and he learnt about electronics from tinkering with a model railway.

In 1980, Berners – Lee proposed a project that would allow fellow researchers to share and update information amongst one another. This was the initial step towards the way we think of ‘going online’ today! The internet already existed (as a network of connected computers) but organising the pages of information that could be shared was not an easy process.

Berners- Lee decided that to organise all of the pages of information, he needed a documentation system, something that would allow the internet to be effectively searched. Eventually, he came to the conclusion to try and link hypertext to domain names…. and that’s when WorldWideWeb (or www) was born!

In a list of 80 cultural moments that shaped the world, chosen by a panel of 25 eminent scientists, academics, writers, and world leaders, the invention of the World Wide Web was ranked number one, with the entry stating, “The fastest growing communications medium of all time, this has changed the shape of modern life forever. We can connect with each other instantly, all over the world”.

Charles Babbage (26 December 1791 – 18 October 1871) was an English polymath. A mathematician, philosopher, inventor and mechanical engineer, Babbage originated the concept of a digital programmable computer. Babbage is considered by some to be “father of the computer”. As a youngster, Babbage then joined the 30-student Holmwood Academy, in Baker Street, Enfield, Middlesex, under the Reverend Stephen Freeman. The academy had a library that prompted Babbage’s love of mathematics. Babbage, who died before the complete successful engineering of many of his designs, including his Difference Engine and Analytical Engine, remained a prominent figure in the ideating of computing. Parts of Babbage’s incomplete mechanisms are on display in the science museum in London.

Roy Clay Sr.(born 1929) is an American computer scientist and inventor. He was a founding member of the computer division at Hewlett-Packard, where he led the team that created one of the first home computers. Clay attended a segregated school and eventually was awarded a scholarship to study mathematics. After finishing university, he taught himself to code and earned a job at Hewlett Packard. He was director of the team who developed the HP 2116A, one of Hewlett-Packard‘s first mini-computers which were sold into thousands of homes and could play some of the first computer games.

Melba Roy Mouton (1929-1990) was a prominent mathematician whose work was essential at NASA (National Aeronautics and Space Administration). She served as one of NASA’s human, “computers,” beginning her career as a mathematician and working her way up to being Head Computer Programmer and then Program Production Section Chief at Goddard Space Flight Centre. Roy’s computations helped produce the orbital timetables which allowed millions to see the satellite from Earth as it passed overhead.

One of Woods’ most significant inventions was the ‘Synchronous Multiplex Railway Telegraph’, a communication method that allowed information and messages to be sent between train stations and moving trains. This creation furthered the safety and efficiency of public transport for many major cities across the United States. 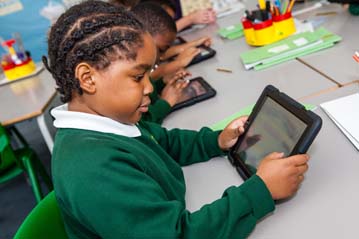 Read about our school in
The Parliamentary Review 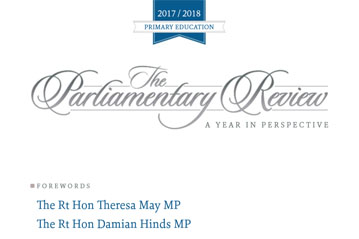 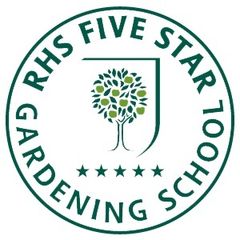